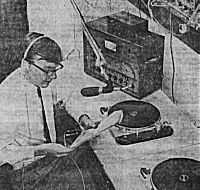 Whilst at York University I helped with the technical side of starting the UK's first legal independent radio station. 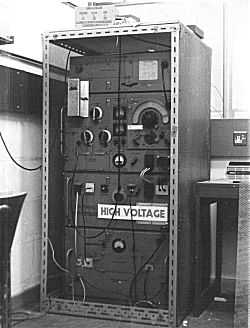 We transmitted on 998kHz (about 300 metres, medium wave, AM) from two rooms in the physics block (not from a Portakabin outside!) and in theory we were only receivable on the university campus. (I think we had one reception report from Sweden/Poland before we got the loop aerials sorted out properly). 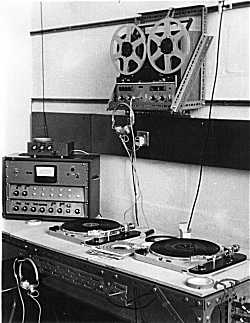 We started transmitting on Wednesday the 1st of May 1968 with a programme prerecorded for us by John Peel. The intention was to transmit for about 4 hours a day three days a week. The station is still going strong.

The transmitter (allegedly) had a long and colourful history having been used in the second world war during the liberation of Europe. Several of us received RF burns from it hence the metal cage (the front panel was removed for this photograph).